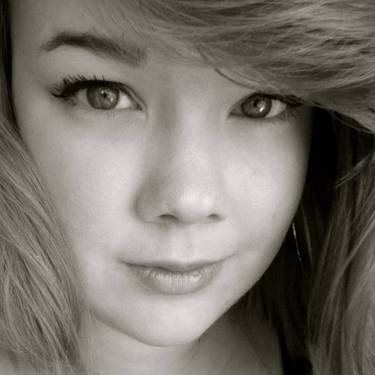 Rebecca began her formal training at the RNCM in Manchester, England.
During her six years of study Rebecca was involved in many different
projects and performances. Her love of the stage assured her chorus roles
in five of the institutions prestigious opera productions, including Bizet’s
Carmen, Mozart’s Clemenza Di Tito and Offenbach’s La Belle Helene.
Her solo appearances included Third Lady in Mozart’s Die Zauberflöte,
La Zia Principessa in Puccini’s Suor Angelica, Zita in Donizetti’s Gianni
Schicci, Mrs Quickly in Verdi’s Falstaff, Ericlea in Monteverdi’s Il
ritorno d’Ulisse in patrie, Joanne in the RNCM Summer production of
Sondheim’s Company, Sylvaine in Lehar’s The Merry Widow and as the
lead, Oberon in Britten’s A Midsummer Night’s Dream.

Throughout her college years Rebecca cultivated an interest in
contemporary music and worked closely with student and staff composers
to perform new works. These include Succubus by Leah Fogo, Bertha
Bertwistle by Michael Betteridge and Miss G by Adam Gorb. More
recently she has performed the role of Eurydice in a performance of
Orfeo by John Robertson and is currently working with Australian
composer and conductor, Nick McRoberts, on a new song cycle.

Rebecca is currently working at the State Opera Rousse where she is
engaged as a soloist and part-time chorus member. She is being funded
by the European Union Arts Fund and the Bulgarian Arts Council. Since
joining the company in October 2016, Rebecca has performed a variety
of roles, including Suzuki in Madama Butterfly, Maddalena in Rigoletto,
Annina in La Traviata and Mary in Der fliegende Holländer. As a part of
the contract, Rebecca has also performed in the chorus for over twenty
productions across Bulgaria. These include Tosca, Eugene Onegin,
Samson and Delilah, Nabucco, Cavalleria Rusticana and Der
Rosenkavalier.

Upcoming engagements include a recital series with Italian pianist,
Federico Marchionada and singing the Elgar Sea Pictures alongside the
de Havilland Philharmonic in May 2018.