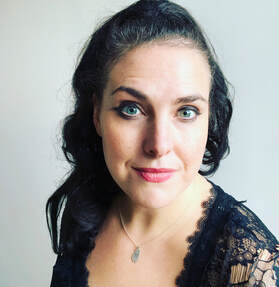 Helen was born in Bradford but is now based in the North West. She studied music and graduated from Cardiff University with BMus (hons) in 2001. Helen then completed her postgraduate MMus studies at the Royal Northern College of Music in 2012 and she now studies with Dramatic Soprano Jane Irwin.

Prior to her studies at the RNCM Helen performed the following operatic roles: Carmen (Carmen, Mercedes), Samson & Delilah (Delilah cover) and Orpheus in the Underworld (Diana), Dido & Aeneas (2nd Witch), La Traviata (Flora), Trovatore (Azucena) and Jenufa (Grandmother Buryja). At the RNCM Helen played (Mrs Grose) in Turn of the Screw, (Bradamante) in Alcina and (La Natura) in La Callisto in staged opera excerpts, Cinderella's Stepmother (and cellist) in a singer/musician production of Sondheim's Into the Woods, the roles of; (the Baroness) in the college's full production of Barber's Vanessa and (Florence Pike) in Albert Herring and (Arsamenes) in Xerxes. Since leaving the RNCM in 2012 Helen has gone on to play (the Witch) in Hansel & Gretel for Clonter opera, a role that she went on to cover for Garsington Opera 2013. Helen returned to Garsington in 2014 making her principle debut there as (Pi Pasek) in their critically acclaimed production of A Cunning Little Vixen and she revived her role as (the Witch) in Hansel & Gretel when Garsington took their 2013 production to the West Green Opera Festival in Jul 2014. Helen received coaching on this role from Dame Ann Murray.

This last year Helen has sung the role of Kate Pinkerton and covered the role of Suzuki in Madame Butterfly on tour with Heritage Opera, and she sang Carmen in concert and has recently played Azucena in il Trovatore and Donna Elvira in Don Giovanni for Opera Seria. This summer she returns to Heritage Opera as 3rd Lady in The Magic Flute on tour around the UK.

​Helen is also much in demand as a concert soloist and has even performed as a pre-match singer at Rugby Super League Matches in front of crowds of up to 17,000 fans. Recent concert appearances include: Alto Soloist in Rossini's Petite Messe Solonelle with Bradford Festival Choral Society and soloist in Elgar's Music Makers at Haslemere Hall in Surrey and for Kington Choral Society. In 2012 she performed Wagner's Wesendonck Lieder at the Bridgewater Hall. She also works regularly for Opera Barcarola on Swan Hellenic cruises